DRAWING AS SEEING in Athens

Through an Inter-Country Fulbright Exchange grant initiated by Fulbright Greece, as part of Pamela Lawton’s current Fulbright Scholar grant in Italy at the Siena Art Institute where she is exploring the connection between her own art-making and multisensory practices in museums for people with special needs, Lawton collaborated with Fulbright Greece alumnus Fotis Flevotomos and the Benaki Museum in Athens for two workshops in October 2019. Lawton and Flevotomos had met during Flevotomos’s Fulbright grant in New York, where he was hosted by the New York Public Library to explore the connections between art and low vision, study museum access practices and contribute to the NYPL’s initiatives and services for patrons who are blind or have low vision. These workshops were an experiment and were designed to compliment and augment the Benaki Museum “Seeing with the Senses” program for people with low or no vision through a focus on drawing as a new approach.

The first of two workshops took place at the Benaki Museum of Greek Culture (1 Koumbari St. & Vas. Sofias Ave.) in Athens, the second one at St. Demetrius Lombardiaris Church and pavilion at the Philopappos hill. Both provided multisensory experiences, utilizing drawing and mixed-media art-making as a way of interacting with museum artworks, architecture and nature. Each had a diverse group of participants, including people with low or no vision, people who teach or work in the field of special education, art teachers, university professors and students, museum educators, representatives from the Greek ministry of culture, and other cultural professionals.

The workshops were both very successful and provided different challenges and rewards. Many participants considered themselves non-artists, even being uncomfortable with drawing, and even thinking of themselves as incapable of drawing due to having low vision. The workshops’ premise, developed for more than a decade by Lawton at the Metropolitan Museum of Art, is that the act of drawing, when focusing on its tactile, kinesthetic aspects and favoring process over product, is useful not only for heightening overall sensory awareness, but in connecting to the world in vital and fresh ways. All participants had an opportunity to experience two programs that  offered short walks in the landscape structured by architect Dimitri Pikionis, tactile rubbings, experimentation with drawing accessible materials, verbal description in a museum setting and discussion. Educators were introduced to methods that help non-artists with visual impairments to approach the creative process and to more confidently interact with art and architecture, while opening up further possibilities for engagement in this way for all audiences.

While the majority of the participants embraced the workshops, there were some for whom the act of drawing, especially when addressed to people with low or no vision seemed questionable. From this small group of “doubters”, mostly occurring during the second workshop, several remarked at the end that they did have a positive experience, stating that though they were afraid at first, to quote one participant, it was fun and they were glad to have been open to a new experience. One frequent Benaki Museum participant who is blind remarked “this is so scary” but then ultimately “I’ve learned something new, I loved both workshops” and “how can we have more of these?”

As part of his Fulbright year in New York, Fotis worked in part at the Metropolitan Museum of Art  where Pamela works. In fact, Lawton says, “meeting Fotis and learning about his Fulbright experience inspired me to apply for a Fulbright grant too!” This was a wonderful example of when Fulbrighters connect, fruitful collaborations happen! 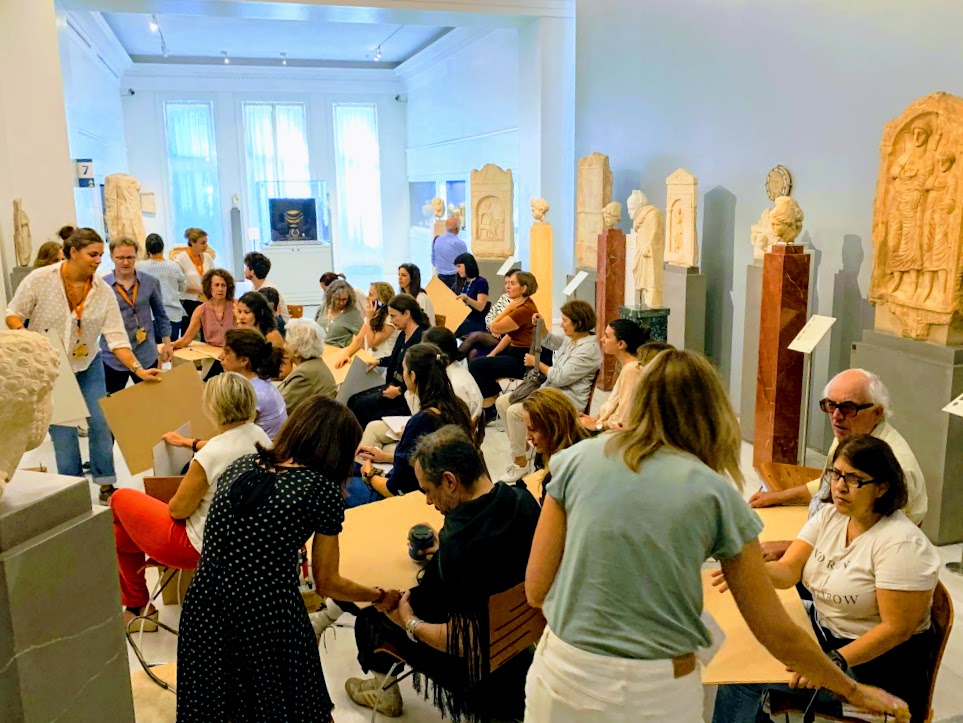 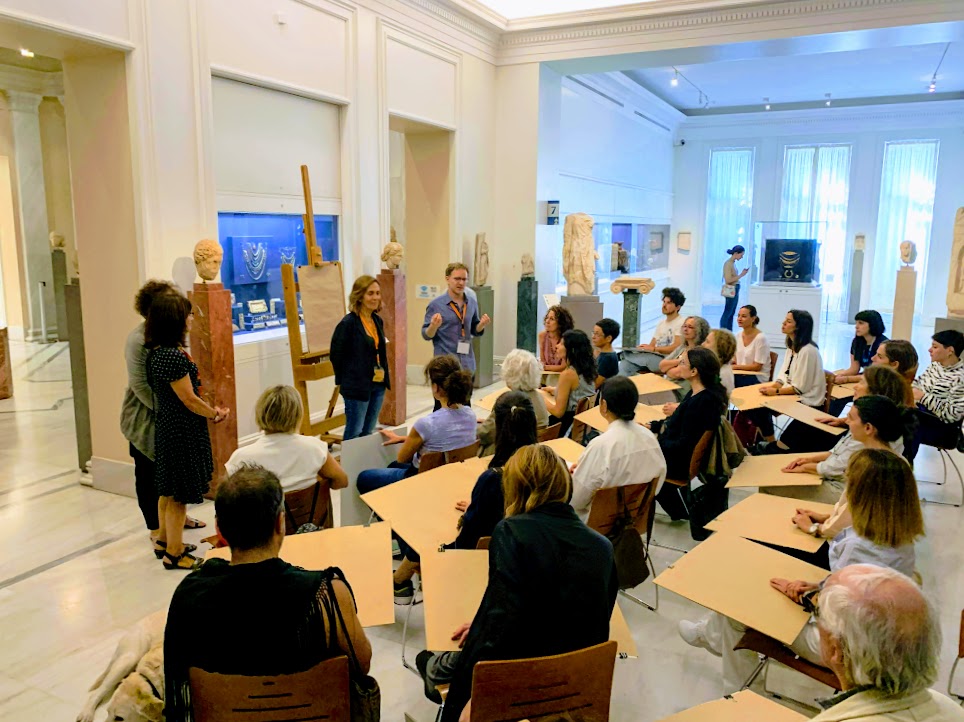 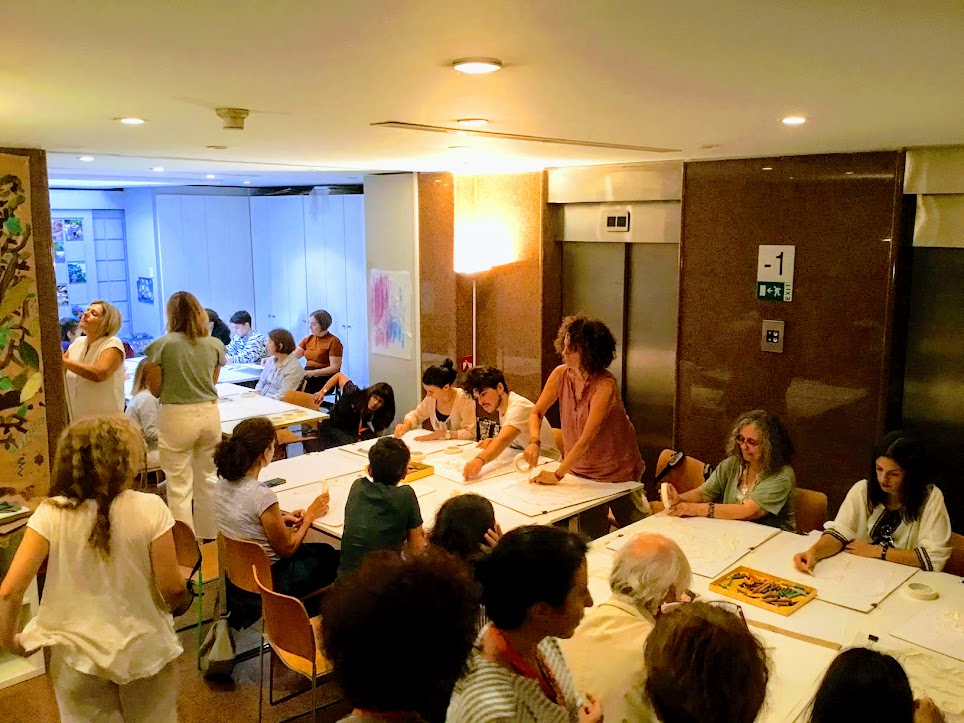 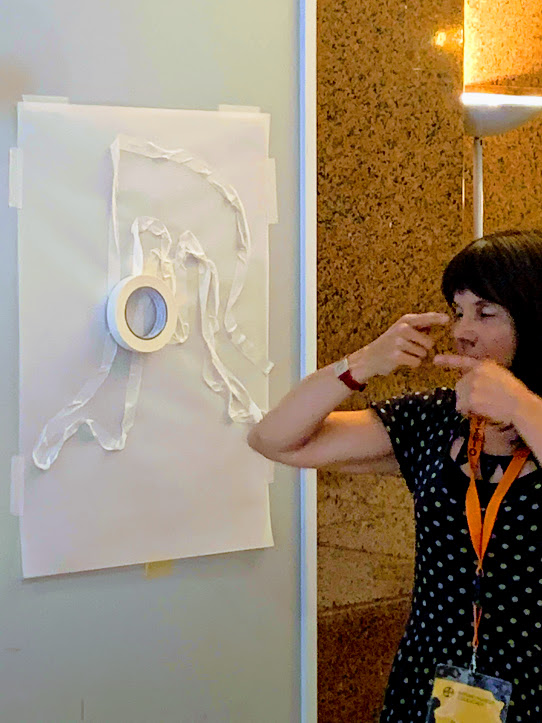