Half British and half Italian, Miriam grew up in Siena, studied in Cambridge, UK, and lived and worked in Paris, Prague, Florence and Rome before deciding that Siena is by far the best place to live. She came back to set up study-abroad course offerings that she felt would give the ‘right’ social and academic experience to American undergrads. Having founded the Siena School for Liberal Arts in 2004. She is also the director of the Siena Art Institute, founded in 2010.

Lisa received her MFA in Studio Art from the School of the Art Institute of Chicago, her Post-Baccalaureate Certifi cate in Sculpture from the Lyme Academy of Fine Art, and her BA from Mount Holyoke College in Studio Art and Art History. Lisa is an American artist who first came to Siena in 2008 as an Art Instructor for the Siena School for Liberal Arts. In 2010 she returned to Siena to help launch the Siena Art Institute. She is passionate about art education and exploring the intersection of art and civic life. Lisa’s multi-disciplinary artistic practice includes her work in sculpture, drawing, painting, installation, and photography, and she has exhibited in Italy and the US. She is the current Academic Director at the Siena Art Institute and serves as a Professor of Fine Arts, co-teaching the interdisciplinary Art and Society Seminar. She also teaches a Drawing course offered through the Siena School for Liberal Arts, the partner program of the Siena Art Institute. Lisa has been awarded resiencies at Yaddo, the Vermont Studio Center, and the Blue Sky Project. Awards include the REMET “Shaping the Future” Project Grant, and the Elizabeth Greenshields Foundation Grant.  info@sienaart.org

A Native of Siena, Roberto has travelled extensivily, but has chosen to make Siena his home. He has lived in Siena, Berlin, and Palermo where he received his PhD in Philosophy. Roberto has been working for the Siena School for Liberal Arts since 2004 teaching: Italian, History, Philosophy, Literature, Art History, and Political Science. In addition to his teaching schedule he is our Academic Coordinator and works with students, faculty, and staff in our academic programming. Roberto loves culture in all of its aspects.  finances@sienaart.org

With a BA in Theatre and Performing arts and an MA in Marketing, Clio is a lover of languages though shy when it comes to speaking them. She follows the School’s social media and knows Siena’s social life better than anyone else. She’s passionate about dogs and cinema!

A native of Siena, Simone serves as the President of the Siena Art Institute Onlus and works in close contact with the organization’s advisory board. Simone is a trained musician and orchestra director and enjoys sharing his passion for music through presentations and the development of collaborative programming.

South holds an M.F.A. in Sculpture and Painting from the University of North Carolina, Greensboro, and a B.A. in Theater Design from Central (now Central/St. Martins) School of Art, London. In 2015 she was awarded a RISD Andrew W. Mellon Teaching Fellowship at Brown University. Other fellowships, grants, and residencies include: Joan Mitchell Painters and Sculptors Grant, Pollock-Krasner Foundation Grant, New York Foundation for the Arts Fellowship (NYFA), Rockefeller Foundation Bellagio residency, MacDowell Colony residency, and Yaddo residency. Reviews and articles about her work have appeared in publications such as the New York Times, Los Angeles Times, The New Yorker, Artforum, Art in America, ArtNews, and Frieze. She is currently Chair of Fine Arts at Pratt Institute, New York 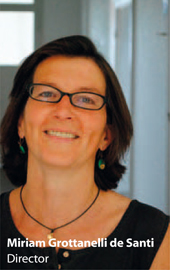 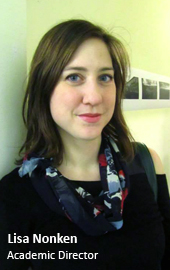 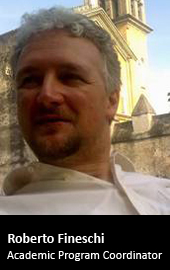 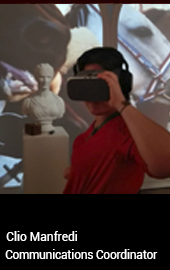 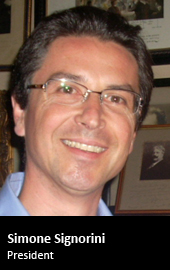 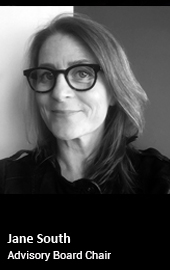