Join us Tuesday July 19th at 6 pm for a poetry reading event with András Gerevich, current Summer Resident at the Siena Art Institute

Andras Gerevich was born in Budapest, Hungary in 1976. He has four books of poetry in his native Hungarian: Átadom a pórázt (Handing Over the Leash, 1997), Férfiak (Men, 2005), Barátok (Friends, 2009), and Tizenhat naplemente (Sixteen Sunsets, 2014). His work has been translated into over a dozen languages, among others, into English by George Szirtes, into French by Brigitte Gyr, and into German by Monika Rinck. He translated a number of English-speaking poets into Hungarian, including Seamus Heaney, Charles Bernstein and Frank O’Hara. Gerevich scripted several prize-winning short artistic animation films, and his plays have been staged in theaters. He has also published essays and stories, and edited journals, anthologies and even worked on a poetry programe for BBC radio. He is now a freelance facilitator of screenwriting and poetry workshops at several colleges and universities in Budapest. 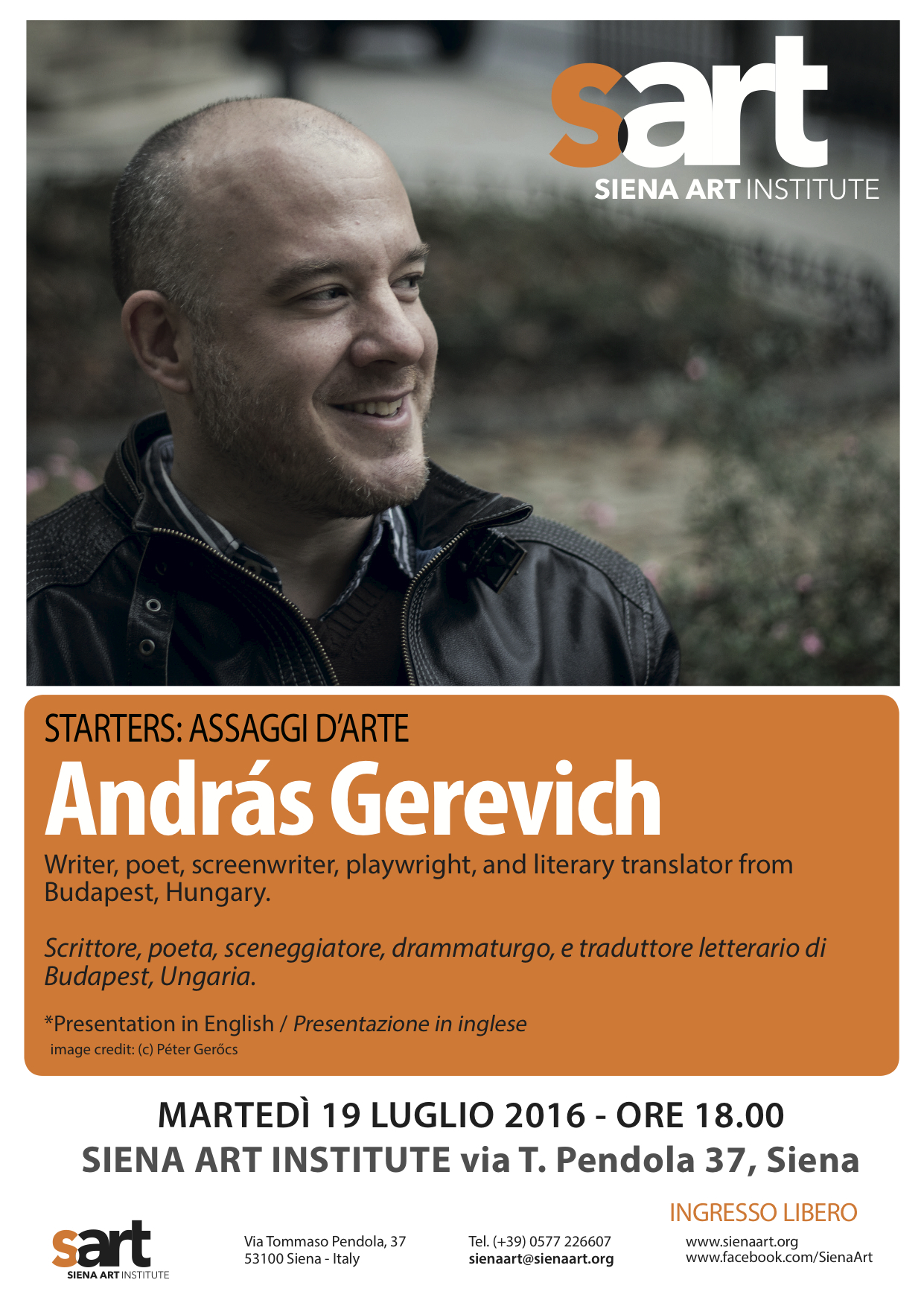