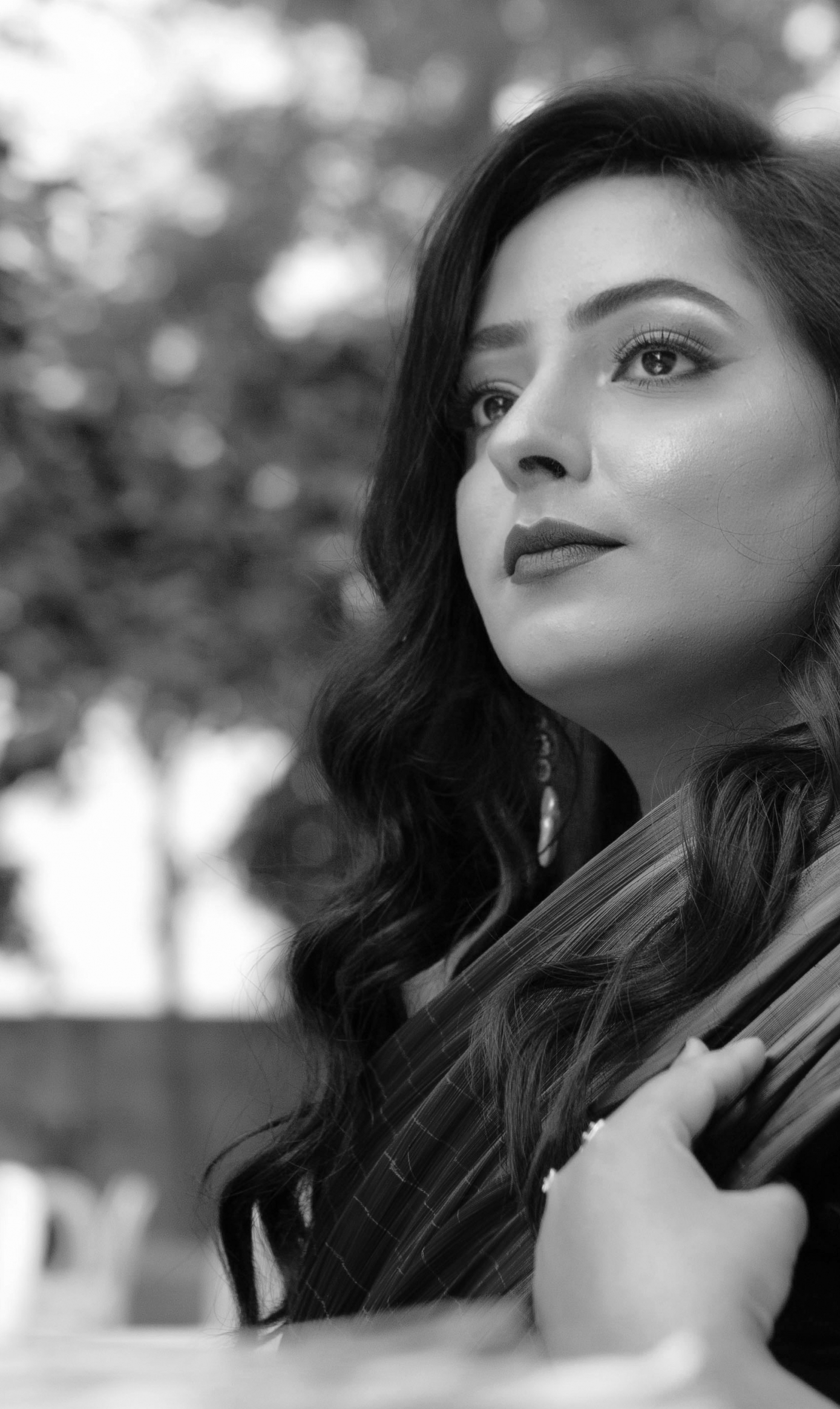 Madyha J. Leghari (b. 1991) is a visual artist and writer based in Lahore. She pursued a BFA from the National College of Arts, Lahore (2013) and an MFA from the Massachusetts College of Art and Design (2018) on a Fulbright Scholarship. Her practice often revolves around the 'silences created by the failures of language'. She has participated in a number of group shows in Pakistan and the US. Her first solo presentation, 'Notes Towards Silence' (2016) was held at Rohtas Gallery, Lahore. She has also been writing on art for a number of publications including ArtNow Pakistan and the Dawn Newspaper. She was the recipient of the Massachusetts College of Art Teaching Residency in 2019 and the Murree Museum residency in 2014 and is nominated for the AICAD Post-Graduate Teaching Fellowship 2020. She has been teaching at the National College of Arts, Lahore, Massachusetts College of Art and Design, Boston and the Beaconhouse National University, Lahore.

ARTIST STATEMENT:
My practice is centered around imagining silence as an artistic activity. Such scripted silence allows an artist to become mobile and contradictory, thus enabling simultaneous forms of participation and eschewal in the historical project of art. It attempts to extend the communicative possibility of a pregnant pause and thus hopes to think in terms of a lack of thought. Assuming that absolute zero are only theoretically imaginable, the only material possibility of creating silence lies in its antithetical property. I imagine noise not as auditory perception but as the pre-eminent din of language from which there seems to be no escape. Through various strategies, I attempt to negate word and describe a world without the interference of language. The territory of this imaginative world corresponds to the sites where language asserts itself most with most confidently in the real world. Hence, I am particularly interested in scientific language, mathematical certainty, diagrammatic representation, scientific instruments, particularly those of measurement, institution, archive and printed matter.The primary strategy through which I approach the negation of language is that of refrain in a poetic sense of the word: refrain, refrain, refrain. For any assault on language, its use has to be proliferated and multiplied. I imagine that language may ultimately be exhausted, used up until syntax shrivels and peels away from its adherence to intelligibility and continuity. Redundancy, verbosity, absurdity, fluctuation, mutability, literalism and other strategies create the kind of kinetic plentitude required for the excess to separate and fall away. Silence is thus created by equating contrasting properties in terms of each other: It is possible to talk oneself into silence.