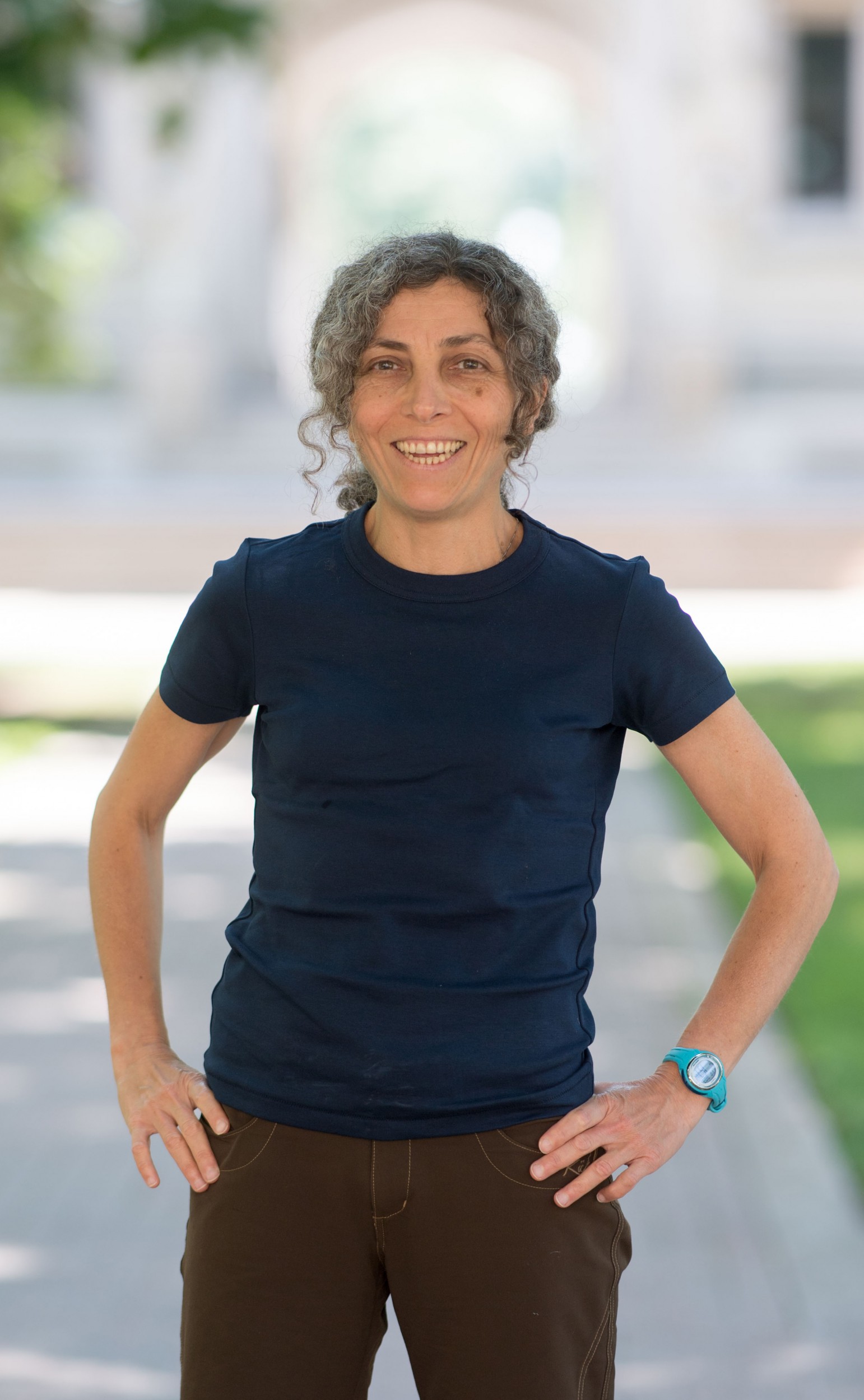 Marina Mangubi was born in Moscow and grew up in California.  A painter, printmaker and installation artist, Mangubi works on thematic projects that probe hidden meanings in familiar historical and philosophical constructs.  Her current visual and performance art series, titled Painting Biathlon, posits an artist as an athlete.  Mangubi holds an A.B. from the University of California, Berkeley, in Art and in Psychology (Neuroscience), and an M.F.A. from the University of Michigan, Ann Arbor (now Penny W. Stamps School of Art and Design).  Her work has been exhibited in the United States and internationally, including Albania, Argentina, Belarus, Canada, Germany, Japan, Malaysia, Russia, Spain and Uzbekistan, and is in permanent collections of the Portland Museum of Art in Maine, the Gilkey Center for Graphic Arts at the Portland Museum of Art in Oregon, Kala Institute in Berkeley and University Sains School for the Arts in Penang, Malaysia.  Marina Mangubi has participated in numerous residencies, including the Banff Centre Leighton Colony, Canada, and was the artist fellow at the Camargo Foundation in Cassis, France.  Her Camargo fellowship project, Eight Board Feet, inspired by the Northern Baroque Landscape tradition and concomitant discoveries in mathematics, was profiled on French national television. Music “on the Bones”, the series of prints about records cut on discarded X-rays, received wide recognition in television and print media in Russia.  Marina Mangubi lives in Wooster, Ohio, where she is Professor of Art at the College of Wooster, and in Pittsburgh, Pennsylvania.