StARTers: Assaggi d'Arte (Tastes of Art): A series of conversations with artists, writers, and creative professionals of international repute explores art as an inventive process, meeting of experiences, a tool for change.

Every Tuesday for the month of March 2021, we are exploring the themes of accessibility and inclusion through art and design, speaking with international practitioners through a live broadcast, streaming on the Siena Art Institute's Facebook page and YouTube channel at 6pm Siena / noon NYC or use this time zone converter to know what time it will be where in you are:

https://www.timeanddate.com/worldclock/converter.html)
For more information on our activities please contact us: office@sienaart.org 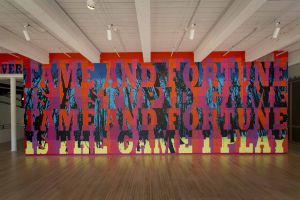 Currently on view through 2022, Wardwell has a large scale wall drawing commissioned for the renovation of building 6 at MASS MoCA in North Adams, MA. His work has been exhibited at the Museum of Fine Arts, Boston, and the DeCordova Sculpture Park and Museum (Lincoln, MA) and Wardwell’s work is in each collection. In 2012, Wardwell was a recipient of the Massachusetts Cultural Council Grant for Painting and was recently awarded the Distinguished Alumni Award from the School of Creative Arts at Boston University. In addition to numerous group exhibitions throughout the region, he has held solo exhibitions in New York, New Haven, Boston, and Seattle. In 2020, Wardwell will exhibit in New York with the Frosch and Portmann gallery in the Lower East Side.  His work is represented in Boston by the LaMontagne Gallery (Boston, MA).  Wardwell lives with his family in Jamaica Plain and his studio is in Dorchester. 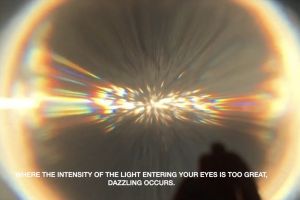 Katie Bullock catalogues and works with observed “everyday” moments and phenomena, driven by the complexity of truth that simply taking note can reveal. Through her investigation of these moments and her research focusing on the nature of knowledge accumulation and its applications, Bullock’s work champions the continual reach for the unknown and the often-surprising moments of wonder and humility that come with it.

Bullock received her MFA from the Glass department at RISD and her BFA from The Ohio State University. Recent exhibitions include Intercalary Event at the Chazan Gallery, Hay Library, and Ladd Observatory (2020); Somewhere in the Sequence, Real Art Ways (October 2019); Life in Velocity Gradients, Outside Gallery (2017). Recent publications include Wonder: 50 Years RISD Glass, RISD (2017) and Explode Everyday: An Inquiry Into the Phenomenon of Wonder, Mass MoCA (2016). She currently lives and works in Albion, Michigan. 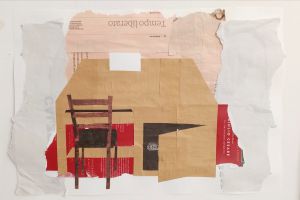 The broadcast launches the exhibit which will be fully visible online at www.sienaart.blog

The participation of our Greek students during the Fall 2020 semester is thanks to the collaboration of the Stavros-Niarchos Foundation in supporting our SNF-SART scholarships. 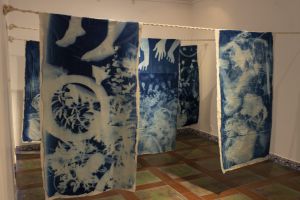 Jahanzeb Haroon is a visual artist playing the role of a visual anthropologist by exploring the histories and connections we have with the spaces we grow up in and their normative effect on our psychology.

Haroon’s work has been displayed nationally and internationally. In 2017, he exhibited at the Siena Art Institute in Italy, where he spent three months as one of three Pakistani art students on an intensive cultural exchange programme. In 2018, his work was featured in Lines in the Sand: Contemporary Art from Pakistan (Fabrica) as part of Luciano Benetton’s Imago Mundi collection. He was also an artist-in-residence at Khushab Pioneer Cement residency in 2018, held in collaboration with Canvas Gallery, Karachi. The following year, Haroon was a resident artist for Taaza Tareen 11 at Vasl Artists’ Association, Karachi (2019). In 2020, he exhibited with Antidote Art, Dubai, and his work was featured in American literary quarterly Image Journal.

Having graduated from the National College of Arts, Lahore, with a BFA, Haroon currently teaches art and design at the Lahore Grammar School. He has taught undergraduate painting at the NCA and designed and taught Photography electives at his alma mater as well. 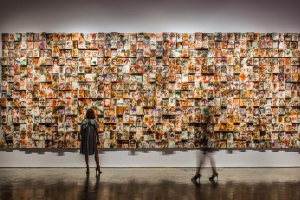 Amir Hossein Zanjani (b. 1980, Esfahan, Iran) received his BFA from the Islamic Azad University, Tehran, and his MFA from the Tehran University of Art. In his paintings, Zanjani addresses social problems referencing political and historical issues. Humanity is always at the core of his works. In 2011, he received the Celeste Prize and he was granted a scholarship at the Siena Art Institute. Zanjani won in the category of Best Emerging Artist Using Painting in the Prudential Eye Awards 2015 in Singapore and his work was exhibited in Singapore’s Museum of Contemporary Arts. His works have been included in several private collections in the Middle East, Europe, and North America. Since 2007, Zanjani has held 9 solo shows domestically and internationally, and his works have been exhibited in more than 30 group shows and art fairs inside and outside of Iran. 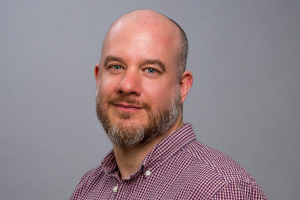 Andras Gerevich (Budapest, 1976) has published four books of poetry in his native Hungarian. He has translated several English-speaking poets into Hungarian, including Seamus Heaney, Frank O’Hara and Charles Bernstein, among many others. He has written two plays for the theater that have been produced and several scripts for animation films. His work has been translated into about two dozen languages, he has books in translation in English, French, German, Bulgarian and Slovenian. Andras has taught courses in poetry at Vassar College in New York and Eötvös University in Budapest. He was Poetry Editor for two literary journals: Kalligram in Budapest and Chroma in London, and an assistant producer for the radio program Poetry by Post for the BBC World Service. 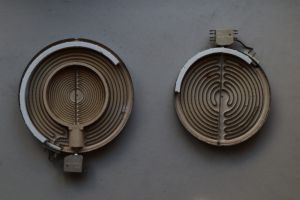 Apostolis Tsamertzis, former student from the Siena Art Institute and receipient of the SNF-SART scholarship, is an Athenian artist who is most interested in community art but also art that focuses on posing questions about the position of an individual inside society and the connection to himself. He enjoys using performative acts, sculpture, installations, videos and sound sculpture to communicate his thoughts. Before the School of Fine Arts in Athens he took 4 years of drawing studies and 10 years of violin studies. He attended a year and a half of performance seminars by Emilia Bouriti and is currently exploring the world of “Butoh.” He participated in several exhibitions inside the school as well as in some others such as :

“Metamorphosis (Hydra 2019) ( an exhibition about the story of Aristotle Onasis) 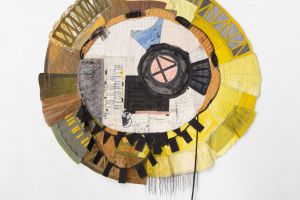 Born in Manchester, England, Jane South worked in experimental theater before moving to the United States in 1989. She has a BFA in Theater from Central St. Martins, London, UK, and an MFA in Painting & Sculpture from UNC Greensboro.